{Review}{Giveaway} Hard to Hold on To by Laura Kaye 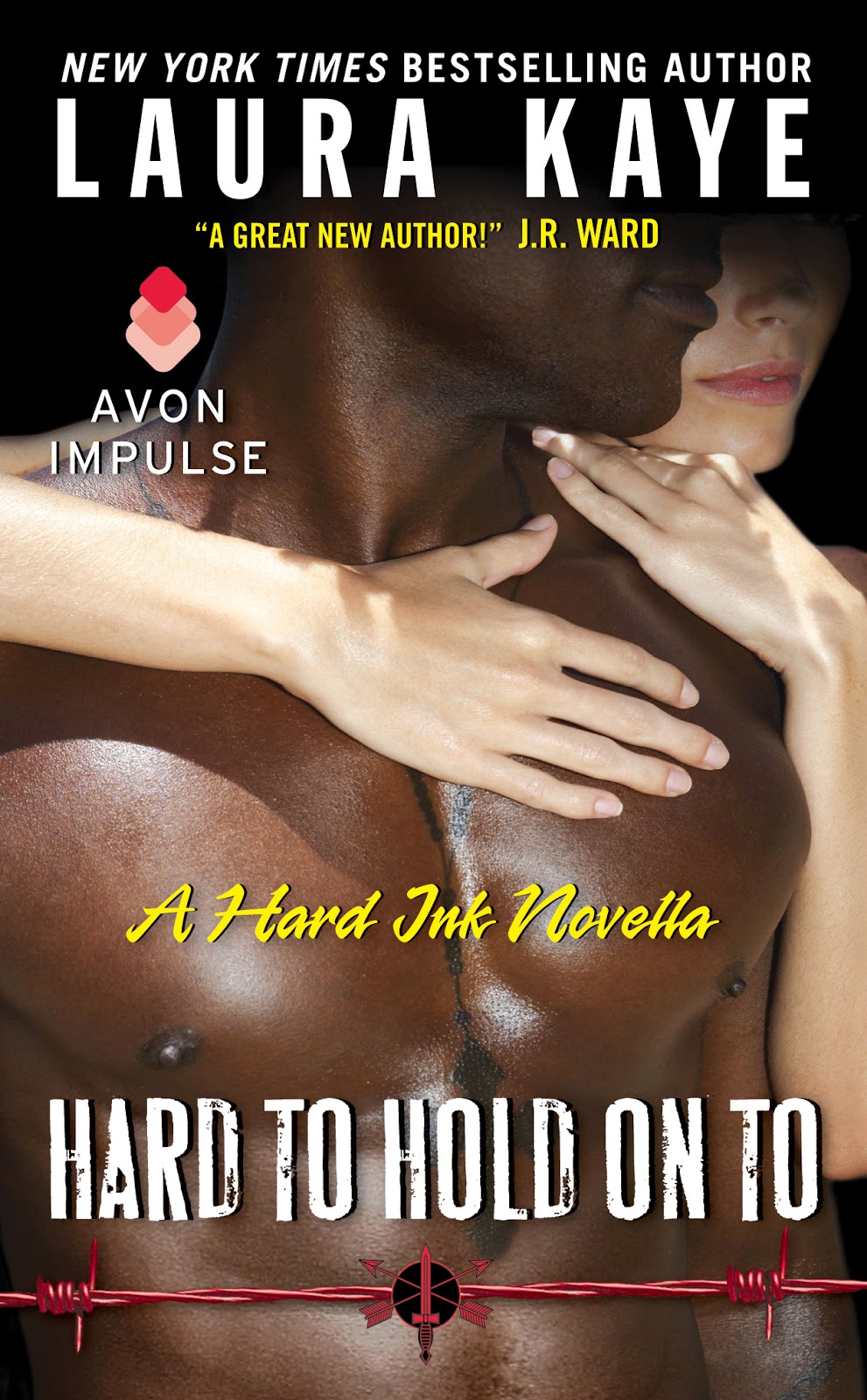 Edward "Easy" Cantrell knows better than most the pain of not being able to save those he loves—which is why he is not going to let Jenna Dean out of his sight.  He may have just met her, but Jenna's the first person to make him feel alive since that devastating day in the desert more than a year ago.


Jenna has never met anyone like Easy. She can't describe how he makes her feel--and not just because he saved her life. No, the stirrings inside her reach far beyond gratitude.

As the pair are thrust together while chaos reigns around them, they both know one thing: the things in life most worth having are the hardest to hold on to.

This review will probably be short because this novella was short and I don't want to give anything away to people who have not read the book.

We are back inside Hard Ink and these delicious male specimens are up to no good, as usual. This book picks up right where Hard as You Can leaves off with everyone in the car headed back to the tattoo shop. They have pulled off the almost impossible and each of them are riding on that high of getting away with it.

This story focuses more on Easy and Jenna (the sister they rescued in the previous story). They had a certain vibe towards one another, like they could relate to each other on more than just the relationship they formed when he was there to help rescue her and watch over her.

Although they both have demons, they are trying to come to terms with them. Easy's demons go a lot deeper than what he portrays on the outside and the reader gets a good glimpse of the turmoil that resides inside his mind.

This was a good novella. I liked how Easy got his own story but I felt maybe he was cheated a bit because of how serious his condition was and the surface of it was just barely scratched. Then again, they couldn't do much for him since they were in a huge predicament at the moment but yet again, as someone who studied psychology and is going into counseling for this very thing, it bothered me. It probably won't bother other people, I am just a stickler for details and problem-solving....ANDDDD the series isn't done so there could be more later so I won't judge too harshly...yet..

Unlike other novellas, this one would probably benefit everyone who loves this series if they read it in order... You can't read these books as standalones, they will not make sense if you read them however you want. But they are worth the hours you get lost in them. I sill loves these characters and I can't wait to see what is going to happen!!

Plus, these strong, manly, men will just melt the panties right off of you, so there's that...

Overall, I give this book a 4 "Easy is a nice, tall, glass of chocolate milk" STARS!!!

Here is a picture of the books in order: 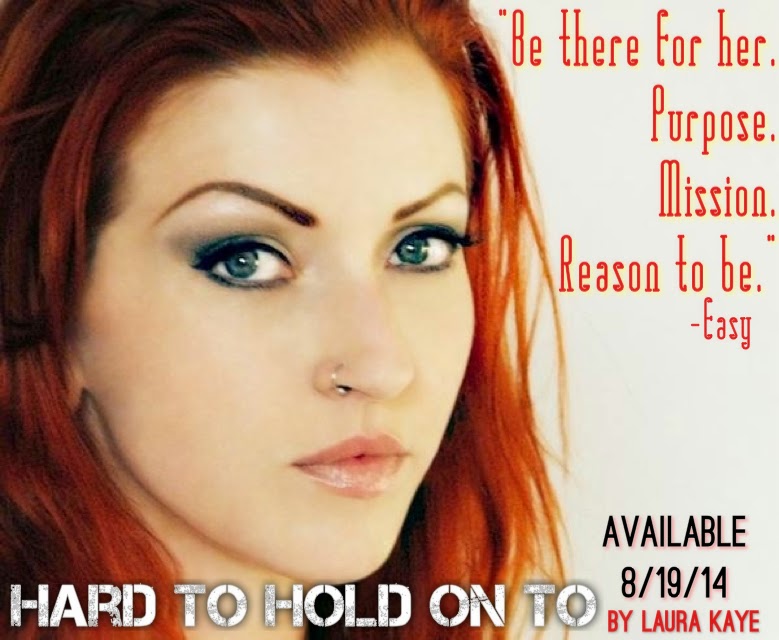 Buy at Amazon | Amazon.ca | Amazon UK | B&N | iTunes | Kobo
Hard to Hold On To on Goodreads

Posted by The Book Trollop at 1:39 PM