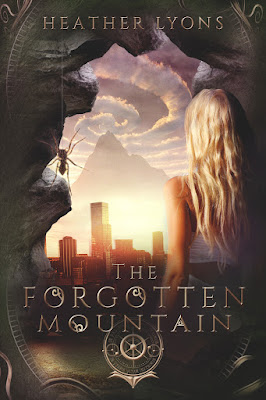 After years spent in Wonderland, Alice Reeve learned the impossible was quite possible after all. She thought she left such fantastical realities behind when she finally returned to England.Now Alice has become a member of the clandestine Collectors’ Society, and the impossible has found her again in the form of an elusive villain set on erasing entire worlds. As she and the rest of the Society race to bring this mysterious murderer to justice, the fight becomes painfully personal.Lives are being lost. Loved ones are shattered or irrevocably altered. Each step closer Alice gets to the shadowy man she hunts, the more secrets she unravels, only to reveal chilling truths. If she wants to win this war and save millions of lives, Alice must once more embrace the impossible and make the unimaginable, imaginable.Sometimes, the rabbit hole leads to terrifying places.

By the end of this book, I was rocking in a corner, pulling my hair out... Alice style.

Seriously, Lyons, do we have to have this discussion of leaving me hanging, AGAIN?? You evil, sadistic woman, who happens to be enormously talented!!

Sigh, even though I think you are evil, I am so glad you are on this planet to give me some great drugs to get lost in. Total oblivion is achieved while reading your books, and even if you leave me cussing you out and cursing your existence, I am always itching for more. And a sick, twisted, piece of me (ok maybe all of me) loves the high I get... just not the withdrawals...

This book broke my heart, mended my heart, had my anxiety at near max capacity and then the ending just left me in a pile of WTF!!!!

I had so many scenarios of what was happening running through my brain, even talking about them in the secret group had me developing even more!! I just NEED to know and it makes me utterly depressed that there is only ONE more book being written! I feel like it is a disservice to the world to let these characters go.

Alice is exactly where she was left in The Hidden Library, picking up the pieces of her very broken home and heart. But she has one objective and you can use your own imagination to determine what that exactly is. She has new sidekicks and both of them grew on me in this book, especially the A.D. I thought he was a douche in the previous books and even though he pretty much still is, I can now determine his main objective and it is not as sketchy as I previously thought.

Alice kicks ass, takes names but is very smart in her quests. Even if it would kill her, she was determined to do what she had to do, no matter whose toes she stepped on or head she chopped off...

This book was bloody brilliant and action packed with the right amount of love, sexy, and drama to keep you invested and turning the pages until you are weeping with heartaches and WTFs at the very end.

My only advice is to stock up on comfort food and alcohol, lots of both in order to get through the months it will take until the final book is out.

Umm do I even have to rate this book??

My progress while reading...

KEEP READING for something extra... 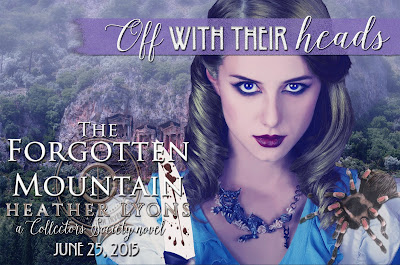 Ok Now for the best part of this tour....

My amazing character who I believe will make an excellent recruit in The Collector's Society. I actually had TWO characters in mind but I couldn't decide which one I wanted more so I drew a name out of a hat and this person won the luck of the draw....

Then, I was just going to post graphics and be done with it but I thought that was a little underwhelming so I decided to do a little Fan-Fiction, told through the eyes of a new person...
*I would like to disclaim I am not an amazing writer- haha- so be gentle... <3*

I roll out of bed and grab my phone from the nightstand. It was a long night of chasing leads on a new catalyst, I didn't even bother removing my clothes from the day before, just landed face first and woke up five hours later.

I wish I could sleep longer, but Brom wanted to meet with everyone and go over potential recruits. Since I was the newest recruit, I was responsible for not only getting the conference room ready, but also making sure everyone had everything they needed. Papers, pens, snacks, coffee… I am your man. But I don't have a vote in the matter at hand, I was just there to observe. Those votes belonged to the Librarian, A.D, Alice, Finn, Victor, Mary, and the tie breaker was Brom, if it was necessary. Since it was Brom who set out to find the members for certain timelines, he tried to stay unbiased and let everyone else decide on the potential recruits.
After showering and getting out of those wretched clothes from the day before, I headed down to where everyone was meeting and started on my tasks. I placed the folders of the potential recruits on the conference room table, only three today, and set about grabbing the necessary equipment and apparatuses for everyone else as well. After all the small tasks were complete, the only thing left to do was set up the projector on the table.

As I was leaning over one of the conference room chairs, I knocked a folder onto the floor, scattering the papers everywhere. I muttered a very charming four letter word under my breath and set about picking up my mess. When I bent over to pick up the last paper, the picture on it caught my eye; a girl under water, with platinum blonde hair, in a white dress. On the top of the paper read: Prospective Society Member, the middle stated her name and the bottom was the timeline she was from. Even though I couldn't see her face, there was something about her that caught my eye, and I couldn't look away, but I didn't know why. I wanted to know more about this person, her interests, what she could do, her timeline... her face. So I sat on the floor and continued to read through her bio: 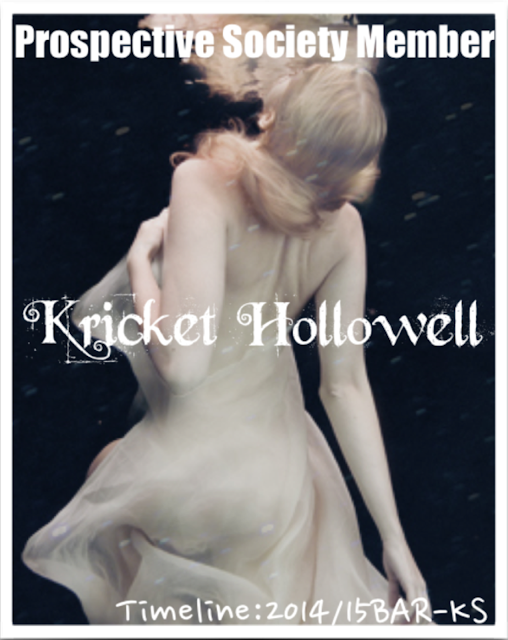 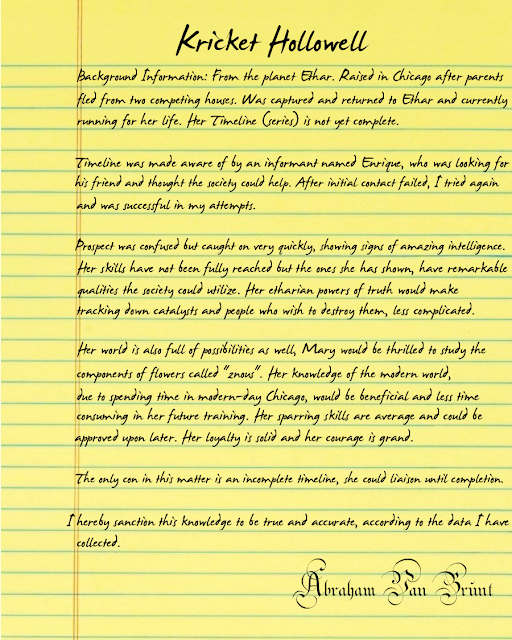 When I get to the end of the background information, I scan a few other sheets of paper and finally get to a picture that shows her face. She is beautiful and her eyes are a vivid purple that I have never seen before. Before I could get a really good look at anything else, the door to the conference room started opening. I hurriedly put the papers back together again and placed them in the folder that was luckily within reach. I stood up and placed the folder back in its correct spot before turning around and seeing the Librarian walk into the room.

She holds my gaze and I would be lying if I didn't say she didn't creep me out. I give her a little head nod and walk towards the door.

Before leaving she says, “Your journey with her is not yet over.”


I wanted to ask her what the hell she was talking about but before I could, the rest of the crew started entering, making me have to take my leave and ponder this all the way back to my room… 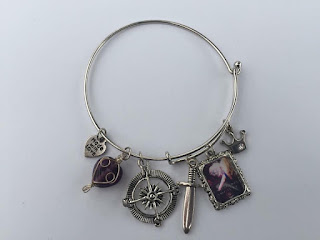 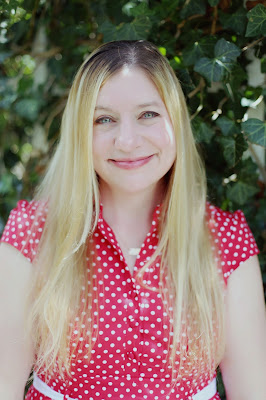 About Heather Lyons:
Heather Lyons writes epic, heartfelt love stories and has always had a thing for words. In addition to writing, she’s also been an archaeologist and a teacher. She and her husband and children live in sunny Southern California and are currently working their way through every cupcakery she can find.

Posted by The Book Trollop at 7:20 AM