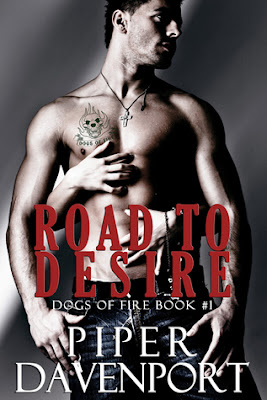 Danielle Harris is the daughter of an overprotective police chief and has led a sheltered life. As a kindergarten teacher, she’s as far removed from the world of Harleys and bikers as you could get, but when she’s rescued by the sexy and dangerous Austin Carver, her life is changed forever.Although Austin ‘Booker’ Carver is enamored by the innocent Dani, he tries to keep the police chief’s daughter at arm’s length. But when a threat is made from an unexpected source, he finds himself falling hard and fast for the only woman who can tame his wild heart.Will Booker be able to find the source of the threat before it’s too late?Will Dani finally give her heart to a man who’s everything she’s been warned about?

I really wanted to love this book. It had everything I do love... A MC, sexy men, and a sexy leading man. But I just couldn't like the main character, Dani. She annoyed the shit out of me from the very beginning with all her incessant whining and just being herself.

It drove me BAT SHIT CRAZY!!

She began to grow on me a little towards the end but by the time I started to think she was ok, the book ended so it wasn't enough to redeem her lol...

The story itself was interesting but it was really fast and the flow was off a bit because of how fast it switched from one paragraph to the next. It also had that little annoying thing that I can't stand in a book...

Ugh, I know people LOVE the insta-love but it is just not for me. BUT, will I continue the series?

Yes, I want to find out more about these bikers and their dirty ways!!

I give this book a 3" Need more dialogue, less insta-love" Stars!!!

Posted by The Book Trollop at 4:44 AM

Email ThisBlogThis!Share to TwitterShare to FacebookShare to Pinterest
Labels: 2.5Stars