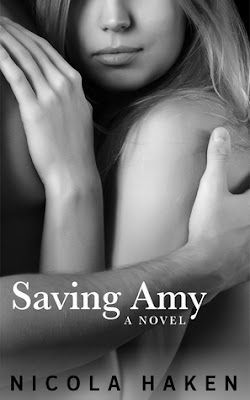 Eighteen year old Amy’s surname may be Hope, but her life contains anything but. She drinks, she sleeps around, she cuts… anything to help her escape the agonising existence growing up between her mother’s drunken wails and her father’s fists. But nothing works. There is no escape. And Amy wants out…
Enter Richard Lewis – the doctor responsible for saving Amy’s life after her drink and drug-fuelled suicide attempt. Thanks to his own hidden demons, Richard is drawn to Amy and her situation, and despite the incessant warnings from both his own mind and his jealous ex-lover Joanna, he feels compelled to help her.
But how will Amy feel when she discovers Richard’s attachment to her is born out of his own guilt? He was her last resort – her last chance at being saved. Can anybody save Amy, or has she finally reached the end of a very long, torturous road?
(Not recommended for younger readers due to language, scenes of self-harm and sexual content)

I really need to stop agreeing to read books that like to take my heart out, squeeze it and then just completely shatter it.
The sad thing is I enjoy it.. I enjoy it, a lot... So what does that say about me??? Probably that I like really good books (maybe?)..

Whatever.. I knew this book was going to be twisted, dark, and make me completely ache with emotions from the very beginning and I couldn't have been happier that I got to read it

Amelia (Amy) is a very fucked up young lady. She has been beaten almost every damn day of her life by a man that is supposed to love her and protect her, all while her mother watches in silence when the fists connect with Amy's body.
She tries to cope by using alcohol, drugs, and sex to escape. They give her a little reprieve but it is never enough, especially when she has to return to the hell she is living in.
One night Amy decides to try coke for the first time and it makes her feel elated, floating, escaping. Unfortunately (or maybe fortunately) she ends up passed out in the middle of the sidewalk in an unknown place. You know this is a book when she wakes up and happens to be sleeping in a bed, in a very swanky apartment, that is twice the size of her home.
This is where we meet Dr. Dick.. I mean Dr. Delicious errr Richard

Richard ends up finding her on the sidewalk and saves her (foreshadowing maybe?), brings her back to his home and lets Amy sleep it off. When Amy wakes up she is beyond scared and ungrateful that this lovely doctor just saved her life. She ends up leaving without barely saying thanks to him or learning his name.

Time passes and Amy is worse than before, she becomes addicted to the drugs, and addicted to the fast spiral she's spinning in while she is high. She never wants to NOT be high, it hurts too much to feel and she just doesn't want to feel anymore. She cuts to relieve the pain buried deep inside her, to release the pain she feels, she has to watch herself bleed so she can SEE the pain leaving her body.
(The author does a really good job in portraying the way a cutter thinks and feels, I am glad she did her research).

Amy then feels that cutting isn't enough, she wants it all to end, to be able to leave on her own terms rather than on her father's. She jumps (literally) and just hopes she finds peace when she lands.
She doesn't...
she ends up in the hospital where of course Dr. Delicious works and as fate would have it he is the one to save her again.
Since Amy didn't know Richard was a Dr. or even know his name before, she is surprised to find him tending to her.
While in the hospital recovering, she starts to notice Richard and how amazingly attractive, attentive, and how her stomach heaves with a full force of bats when he touches her. She can't explain this instant attraction to him and why she feels like her insides are a fluttery mess when he is around, she never felt that way before...ever. But she knows she isn't good enough for him, she is a hot mess and well.. he's a doctor.

What Amy doesn't know is Richard isn't perfect either, he has demons too and when he looks at Amy he sees something he can't put his finger on but he needs to know what is behind those eyes..
But can he save her? Can she save him? Can they save each other? How can a relationship work when he is damn near ten years older than her? What the heck would they have in common?

These are all questions I asked myself..
I was put off that he was ten years older..
It's a lil much, especially since she is such a baby herself and just turned 18
(I think the author should have made her a little older)
BUT there is something between them that doesn't seem to matter.. I forgot about all these questions and just enjoyed the ride I was on while reading.

I really loved the characters, the drama, setting, and the emotions that it pulled out of me. I was high/low/in between and it was intense, hanging on the edge of my seat intense. I couldn't figure out which way I wanted this book to go, all I knew was I wanted it to end in a HEA but did it?
I knew for sure the author wasn't done throwing punches at me and not only was Amy's past so dark I could barely see but she discovers something that throws a curve ball into all of this and makes it just plain crazy..

I swooned my freaking pants off, I got teary eyed, and I just felt so bad for Amy and her life and I was rooting for her and Richard from the very beginning.
Their relationship built, there was nothing rushed about it. Richard's love for her was ocean deep, he picked her up when she was down, loved her better than anyone else and never gave up trying to get past her defenses so she could accept his love.

"Everything  you consider to be wrong with you are just the results of you trying to be strong for too long - trying to cope alone for too long. Don't you think it's amazing that after everything you've been through - the violence, the fear, the isolation... you can still do this? He motioned his hands over our entangled bodies. That you can still feel? Still trust? Because I sure as hell think it's a miracle. I think you're a miracle"
(that's some swoon-worthy shit and a lot more where that came from)

I was laughing, crying, and smiling for all the good but when it was bad I was cringing, turning the pages eagerly, and waiting for the roller coaster to be over. I wasn't sure where the roller coaster in this book was going to leave me, but I was enjoying every last bump and twirl.

I give this book a solid 4.5/5 and I suggest getting this book and devouring it!! 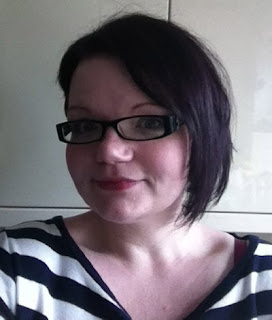 Nicola lives in Rochdale, England with her husband and four children. She has recently released her second novel "Saving Amy" and is currently working on her latest book due to be released in October. When she is not busy playing with her imaginary book friends (or talking about them with real life friends!) she can usually be found studying or carrying out her ordinary mum/housewife/all round slave duties!

Links to her book

Posted by The Book Trollop at 8:21 AM